This was a big week for us! School started... well, Monday is Corbin's first day, but last week we had orientations and parent meetings, and Cambria had her first day.

Cambria has been so excited to start kindergarten! On Wednesday we visited her school and classroom, she was a little wary but was jumping around as we left. I think she's going to like it once she gets to know the kids in her class. Her teacher seems to be very kind and understanding! 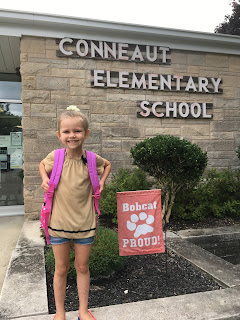 She is riding the bus! Can you believe that? At first, I thought there is no way I'm letting my 5-year-old on a bus by herself! But there are a few 5th-grade girls in our ward that have taken her under her wing. One of which is at the exact same bus stop. That made me feel much better. Plus, waiting at a bus stop is SO MUCH EASIER than picking up and dropping off! (not to mention that the pick-up and drop-off situation sounds like a horrible hassle at this school. It's not designed for a lot of traffic, so there's lots of traffic jams and stuff.) 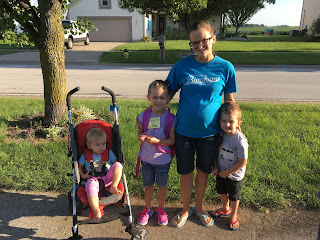 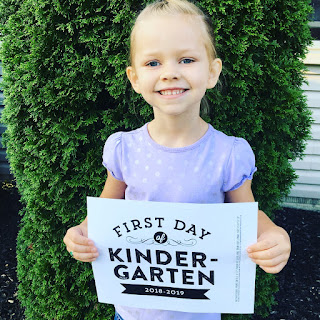 Posted by Melissa Kershaw at 1:34 PM

Email ThisBlogThis!Share to TwitterShare to FacebookShare to Pinterest
Labels: Cambria