I mentioned this on Facebook, but I'm obsessed. We had a double date with our friends, the Monks, and we did a Chopped Night.
Have you seen "Chopped" on Food Network? It's a show where chefs are given a basket of mystery ingredients and they have to create a dish (either an appetizer, entree, or dessert) using all the ingredients in a certain time limit. It's intense and it's always down to the wire to finish their plates. Then they are judged by head honcho chefs and then the winner get's $10,000.00. It's a super fun show, and I'm obsessed. A different friend mentioned that they have done a "Chopped" night with their family and had a blast, ever since she told me that I have been dying to try it. This is how it played out:

The Monks brought two ingredients and we brought two ingredients for the "mystery basket" and we gave ourselves 45 minutes to complete a dessert. We brought strawberries and graham crackers. The Monks brought marshmallows and honey. We had a lot of fun, I think the ingredient that threw me off the most was the marshmallows. I didn't know what to do with it in a way that would work. We ended up making a crumble with the graham crackers and added the marshmallows in hopes to get chunks, we ended up with a very hard chunk, but it tasted good!

We ended up making parfaits with the graham cracker crumble on the bottom and then did layers of banana, strawberries, yogurt and strawberry whipped cream (we made a syrup with the strawberries and folded it into our whipped cream) and then made a honey chip (that also didn't turn out great) as a garnish on top. 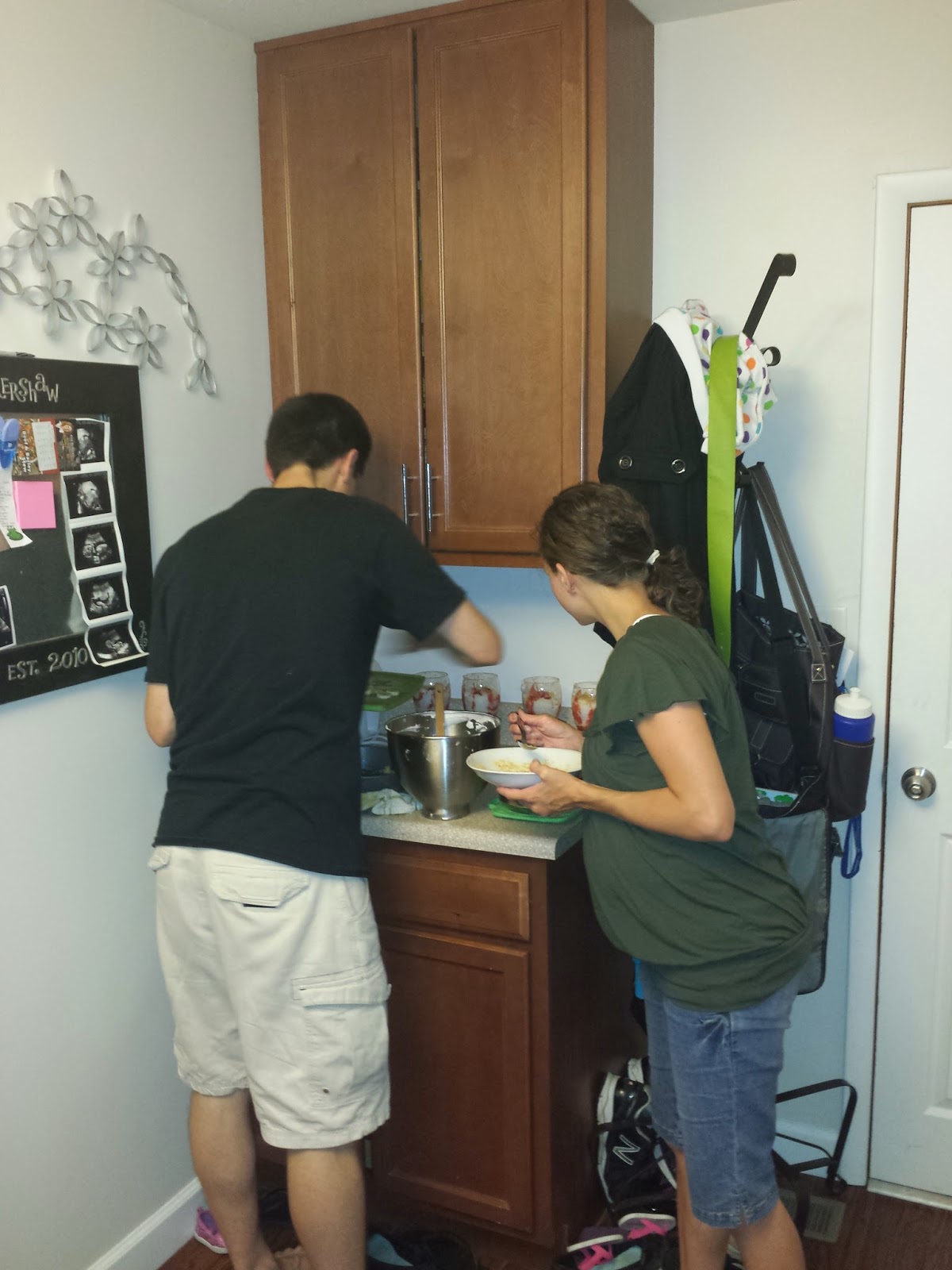 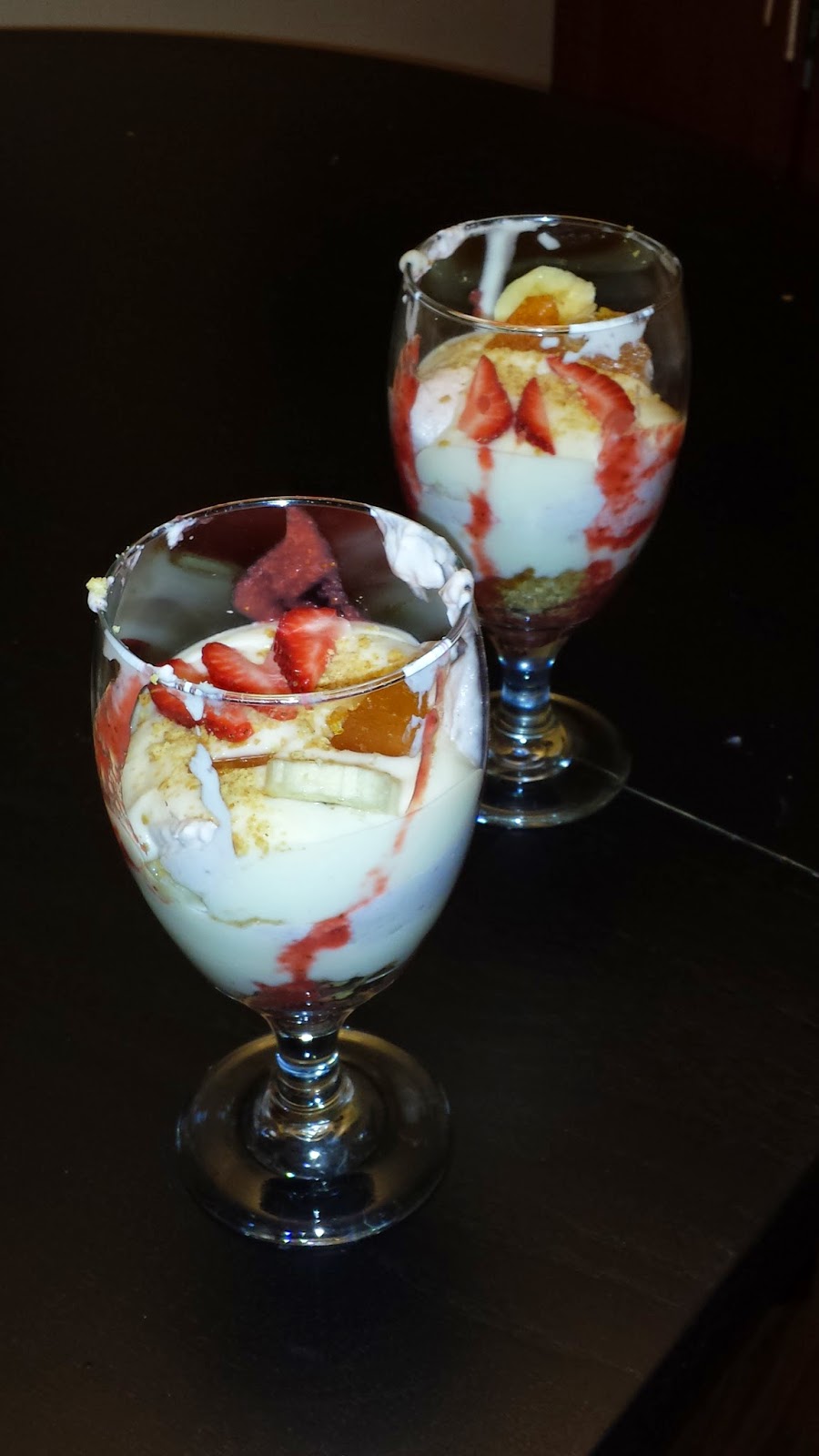 The Monks made a pudding with a graham cracker crumble on the bottom. Theirs was super yummy. They incorporated the strawberries into the pudding and also made a syrup with the strawberries. 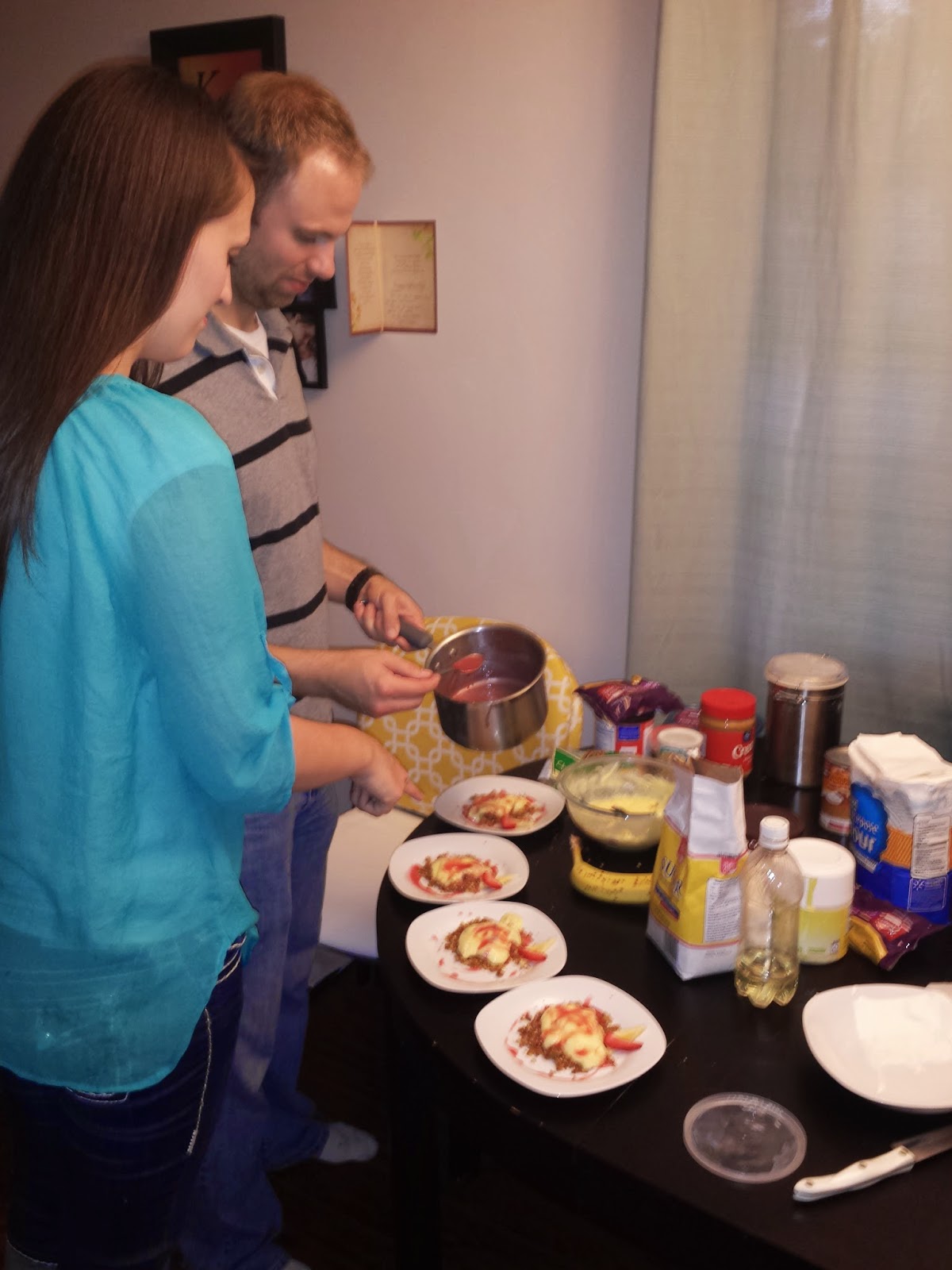 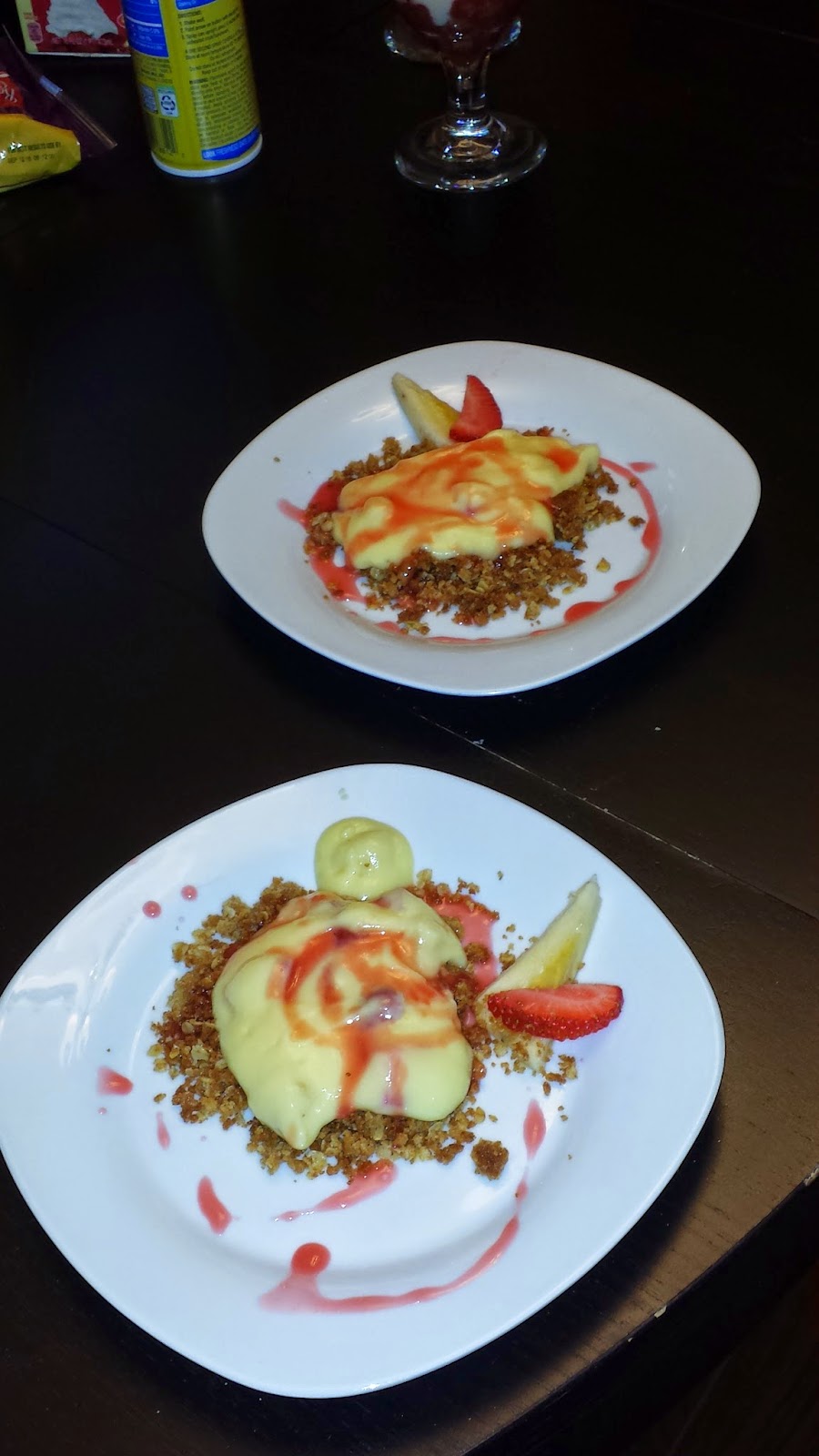 As I have been thinking about it, I had an epiphany today. I should have made angel food cake with a toasted graham cracker crumble (for texture) cut up strawberries, a honey whipped cream and a puffed marshmallow on top... Now that would have been amazing!

I had so much fun, I seriously would be willing to do this date monthly. No joke!
Posted by Melissa Kershaw at 6:10 PM